Situated in Northern Europe between the North Sea and the Baltic, Denmark is the only Scandinavian country connected to the European mainland.

(The southern border of the Jutland Peninsula meets with Germany.)

All in all, Denmark consists of 406 islands, many of which are uninhabited. The Danish countryside is richly varied.

In a country so closely associated with the sea and waterways, the coastal regions are distinctive features of the landscape.

The tall dunes and sandy beaches alternate with salt meadows, flat marshlands and steep cliffs, at the top of which the beech casts its reflection into the blue waves below. 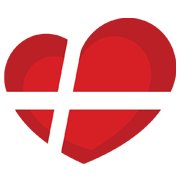